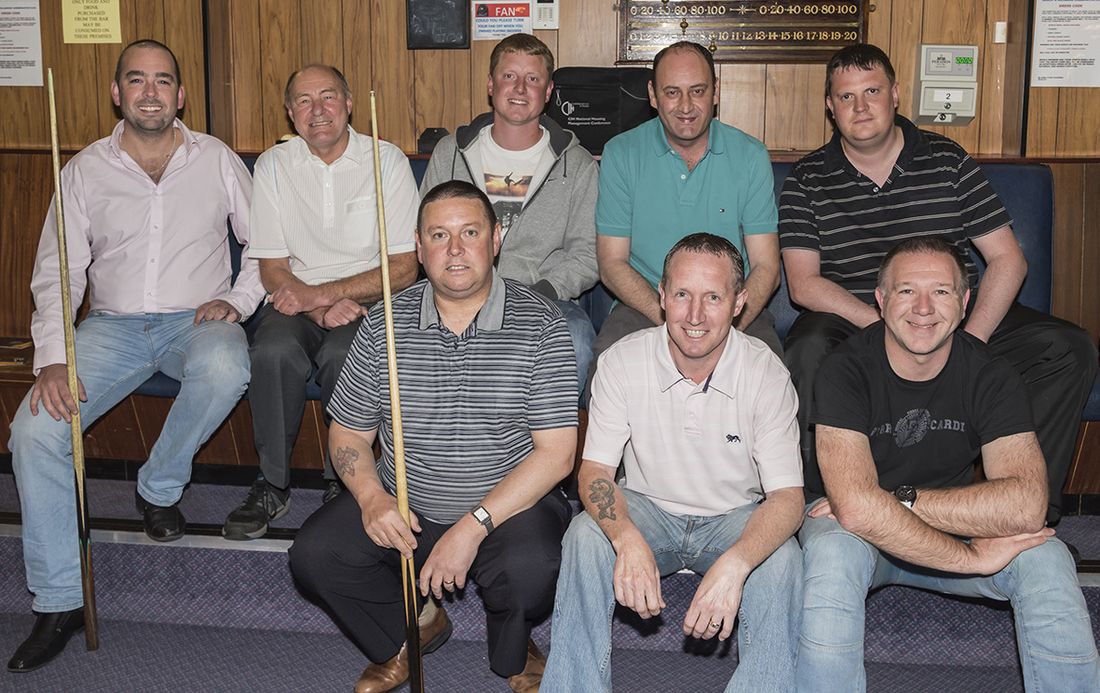 The semi final draw was made on the night and paired Baker and Henstredge (combined handicap of +70) against Totton Rec's duo of Brian Cannons and Dan Stone (combined handicap of +120). In a tense battle of nerves, the Totton boys kept their handicap advantage right up until the home straight but lost out by an agonising 200-195! Stone contributed as Cannons was not left a clear-cut shot for nearly 20 minutes! Churchill's Baker played consistently throughout the game and with Henstredge contributing at the start, they kept their dream of a first final victory alive.

In the other all Park Gate semi final, Lawrence and Tavender (combined handicap of +40) faced up to compatriots Chris Christodoulou and new partner Steve Boterhoek (combined handicap of +60). Lawrence and Tavender played well to lead early on, but Christodoulou showed his potting prowess to make breaks of 25 and 31 to close the gap. Boterhoek admitted that he did not contribute as he would of liked in the match, but he should be proud of reaching a first doubles semi. The brace of Pauls responded, and it was left to Lawrence to appropriately win the game with an in-off red, 200-182.

In the final, Lawrence and Tavender quickly made in-roads into the 30 point handicap deficit, and played some fine billiards shots, mixed with some accurate potting. Baker and Henstredge rallied somewhat in the middle portion of the game, but could not stop the Park Gate pair from winning comfortably by 200-123, thanks in part to a fine break of 30 from the cue of Tavender. Well done Paul and Paul!

Will Mildenhall and Tony Spridgeon  vs Malcolm Willis and Mark Emm