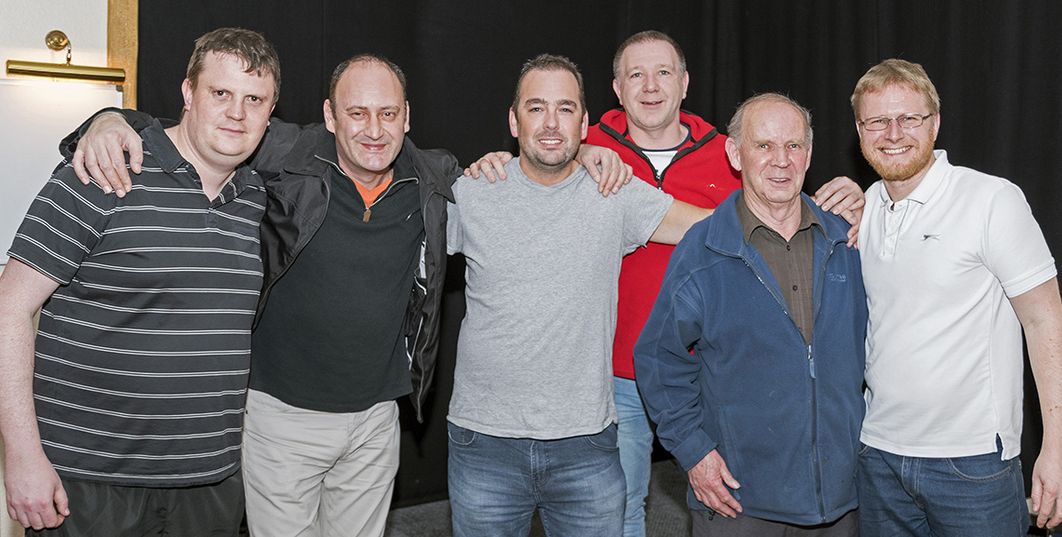 The first pairing had Park Gate’s Chris Pullen (rec +130) up against Norman Bradfield (rec +10) and this game went the Legion man’s way, as Pullen got his team’s aggregate score off to a flyer by winning by 200 points to 130.

Park Gate’s number one Paul Lawrence (rec +30) finished proceedings by beating Geoff Knapp (rec +5) by 200 points to 112 to send his team into rapturous applause for winning the cup for a second time in two years 960 points to 741 – well done Park Gate RBL!

Hamble Social welcomed Chandlers Ford Central and the first game had Terry Azor making breaks of 39, 37, 32 and 35 to beat Tony Spridgeon. Hamble's Steve Cottrell hit back by overcoming Daniel Zagaroli, after Zagaroli had made a 53 and 35.

Chandlers Ford's Trevor Thorn made a 36 break during his win against Rob Shattock but Paul Knights beat Graham Hollick to set up a last game decider. Will Mildenhall was up to the task as he beat Ray Smith for a fabulous overall team aggregate score win of 874 to 854.

Back came Churchills with Peter Green (34 break) playing superbly to beat Gwen Gamblin 200-141 to lead by 550 to 541 on the aggregate. Churchills Paul Adams looked down and out at 140 points to nil against Brian Bull, but helped by breaks of 36, 43, and 31 fought back. And as Bull closed in on the win at 184 points, Adams made a superb 62 unfinished for a stunning win!

Churchill's Mike Henstredge kept pace with the aggregate all the way in his match against Nick Alford eventually losing by 200-184 to seel the 934 points to 925 win.