Zagaroli makes it a family evening to remember!

Chandlers Ford Central’s Daniel Zagaroli retained his Southampton Billiards League Gordon Lewis Memorial Billiards Championship title in emphatic style, as he beat his fellow teammate Terry Azor in the final played at Chandlers Ford Central. And it was made all the more memorable as he had members of his family there to spur him on against his long-time friend.

Azor rallied in the second hour by making breaks of 25 and 23, but Zagaroli constructed a sublime 79 break, filled with unnervingly accurate positional play from pot reds off the top spot, to the middle spot, and back to the top spot, mixed with some fine in-offs, to lead by 400 to 190. 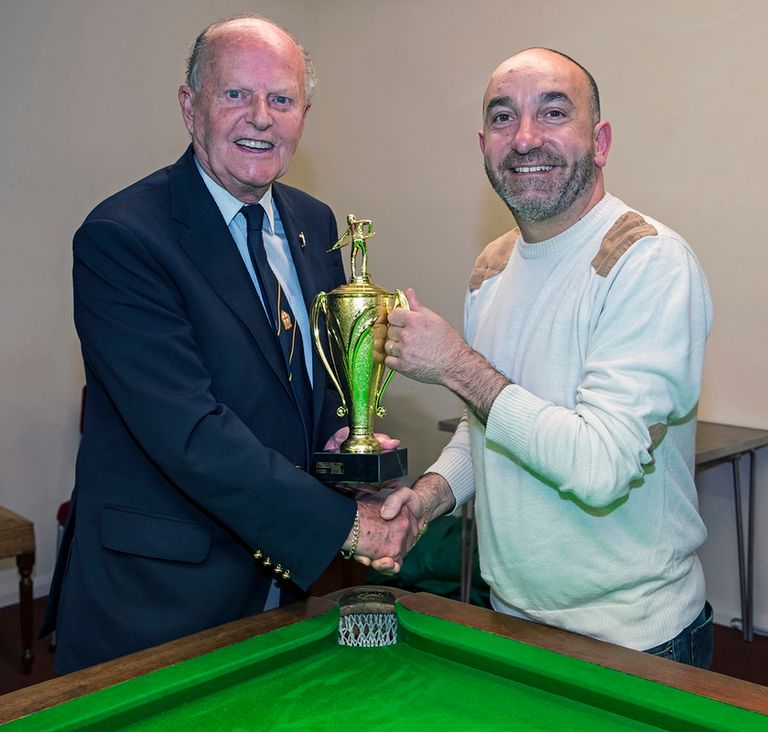 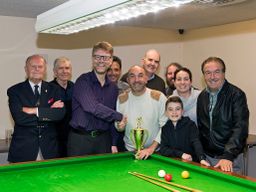 Paul Adams shows his own appreciation to our worthy champion! 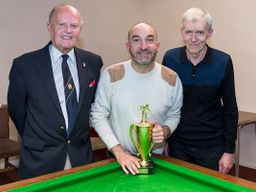 Spectators were treated to a fine display of all round play from both finalists. The only thing missing was a century or two!

Reigning Southampton Senior Billiards Champion Daniel Zagaroli (Chandlers Ford Central) made it to another finals evening, as he made a wonderful 101 break that helped beat multiple winner and teammate John Mullane, in the two by three quarters of an hour match, played at Totton Rec.

In the other semi, Chandlers Ford Central's Terry Azor was paired against Totton's Mick Kunzi. Initially both players struggled to find the fluency of the other players on table one. But Azor made a fine 65 and a 26, and Kunzi kept in touch with three in the teens, only to see Azor pull away at the halfway point to lead by 165 to 75.