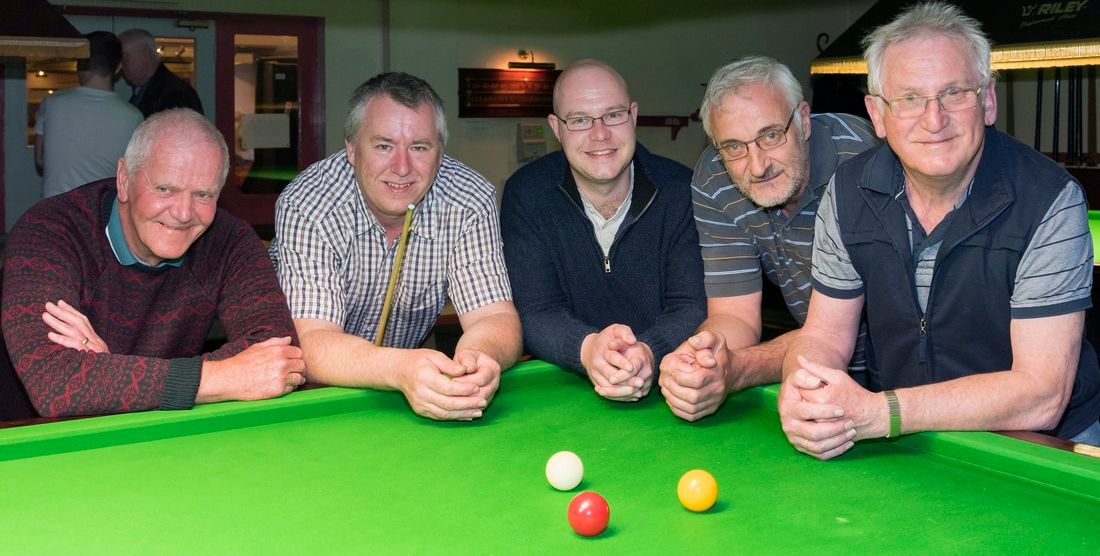 First up was Curdridge's Clive Gamblin against Churchill's Simon Green and the pairing lived up to it's billing, going to the wire, with Green winning by a fine 200-192. Curdridge's Rob Smith played well to beat Paul Adams 200-138 after Adams had made a 33 break. And Curdridge's Brian Bull pipped Churchill's Mike Henstredge by only 10 points 200-190 to give his team a large lead.

Churchills Derek Foster gave his team some hope though, as he made a 32 unfinished break against Curdridge's Derek Fry to win by 200-170. That left the total team aggregate in Curdridge's favour by 34 points going into the last game between Churchill's David Baker and Richard Marshall, who needed to score 164 points for his team to win the trophy.

Churchill's Baker played superbly to win by 200-187, but Marshall had done enough to win the aggregate by 949 to 928 and an excellent team win.

Churchills Eastleigh beat Hamble Social in a thriller at the Eastleigh club. Churchills Peter Green got his team off to the perfect start as he beat Hamble's Tony Spridgeon by 200-151, and that was followed by Churchill's Paul Adams making a 32 and a 41 break to pip Will Mildenhall, who made a 31 break, by 200-196.

Hamble's Rob Shattock pulled thge aggregate score back as he overcame Churchill's Dave Baker by 200-130, but Churchill's Derek Foster pulled the deficit back to 15 points by beating Hamble's Malcolm Willis by 200-170. Churchill's Mike Henstredge was up to the task as he beat Hamble's Shuan Murphy by 200-192 to win the overall team aggregate by the slender margin of 23 points, 930 to 907!

Chandler's Daniel Zagaroli overcame Curdridge's Brian Bull by only ten points 200-190, and Rob Smith kept the aggregate advantage in his team's favour by beating Dave White by 200-189. In the last pairing Curdridge's Richard Marshall pipped Chandler's Terry Azor by 200-195 to take the match by 977 to 936.