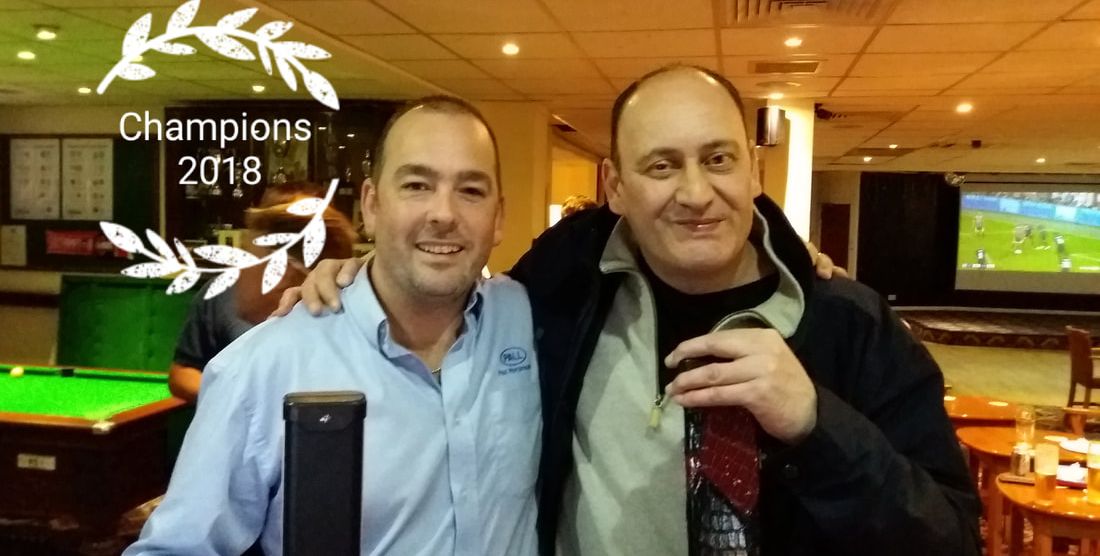 They beat Curdridge RBL holders Derek Fry and Brian Bull 200-148 in the semi-final, and in the other semi-final Wood and Mildenhall overcame 2016 champions Tony Aldridge and Lee Fitzpatrick 200-158.

In the semi-final there was a potting masterclass from Christodoulou, and in the final, Boterhoek chipped in with a fine 27 break to help win their first billiards doubles trophy. Well done Chris and Steve!