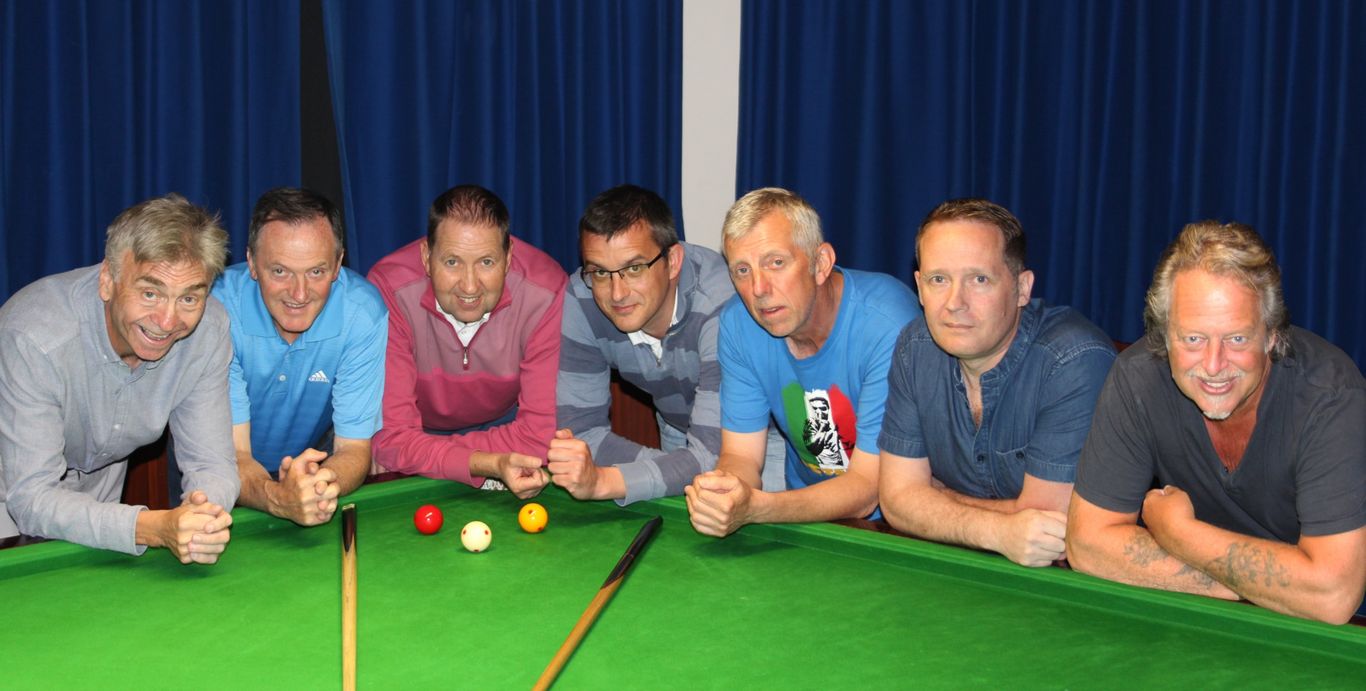 St Denys Cons and Hamble Social battle it out in a final to match last seasons drama!

The Southampton Billiards League 2018-2019 Usher Cup Team Handicap final was played between reigning champions Hamble Social and St Denys Cons at Totton Rec. And it turned out to be as exciting a finish as the previous season’s final, when Hamble pipped Churchills Eastleigh by a nail-biting four points in the last game!

The tournament format sees a five player team playing one game each, playing off of their own individual league handicap, in a first to 200 point game. The team with the most points scored at the end of the five games wins the match. A sure spell for twists and turns right up to the last game then!..

The first pairing to play was St Denys Cons’ Malcolm Willis verses Hamble’s Paul Knights. And Knights proved a worthy match starter, as he won by 30 points, 200-170 to give his team an early advantage in the total points scored format. Hamble’s Rob Shattock could not have asked for a better personal game in the next pairing, as he beat Chris Bishop 200-144, despite Bishop making a 31 break. This gave Hamble a healthy 86 point lead, 400 to 314 going into the third pairing.

But St Denys Cons' Andy Carter had other ideas as he proved decisive by beating Hamble’s Nick Wood by a match changing 99 points, 200-101, bringing the aggregate score to 514 to 501 in St Deny’s favour. In the fourth game, Cons' captain Mark Emm sensed the chance to go for the jugular, as he beat Mark Spridgeon by 21 points, 200-179, to extend his team’s aggregate points lead to 34 points, 714 to 680.

The last match-deciding pairing pitched St Deny’s Derek King up against Hamble’s captain Will Mildenhall. King was required to score 167 points to win the overall aggregate. Well, he was not to be denied, as he duly reached the required 167 mark, although Mildenhall went on to win 200-172. It handed his team a superb cup victory by a nail-biting 6 points over the 1000 points on offer, 886 to 880, to leave Hamble knowing how Churchills felt last season. A great final and well done St Denys Cons!

Words from host Tony Aldridge - Final at Totton Rec, Wednesday 17 April 7.30pm
A good start by Hamble, taking the first two tables and Chris Bishop putting in a 31 break. The next two up proved to be a lengthy affair and the match probably hinged on an unfortunate miscue by Nick Wood, letting his opponent Andy Carter in, for a 99 point win. This left Derek King with a target of 167 which he duly completed with a Mid-table pot red to the top left hand pocket.