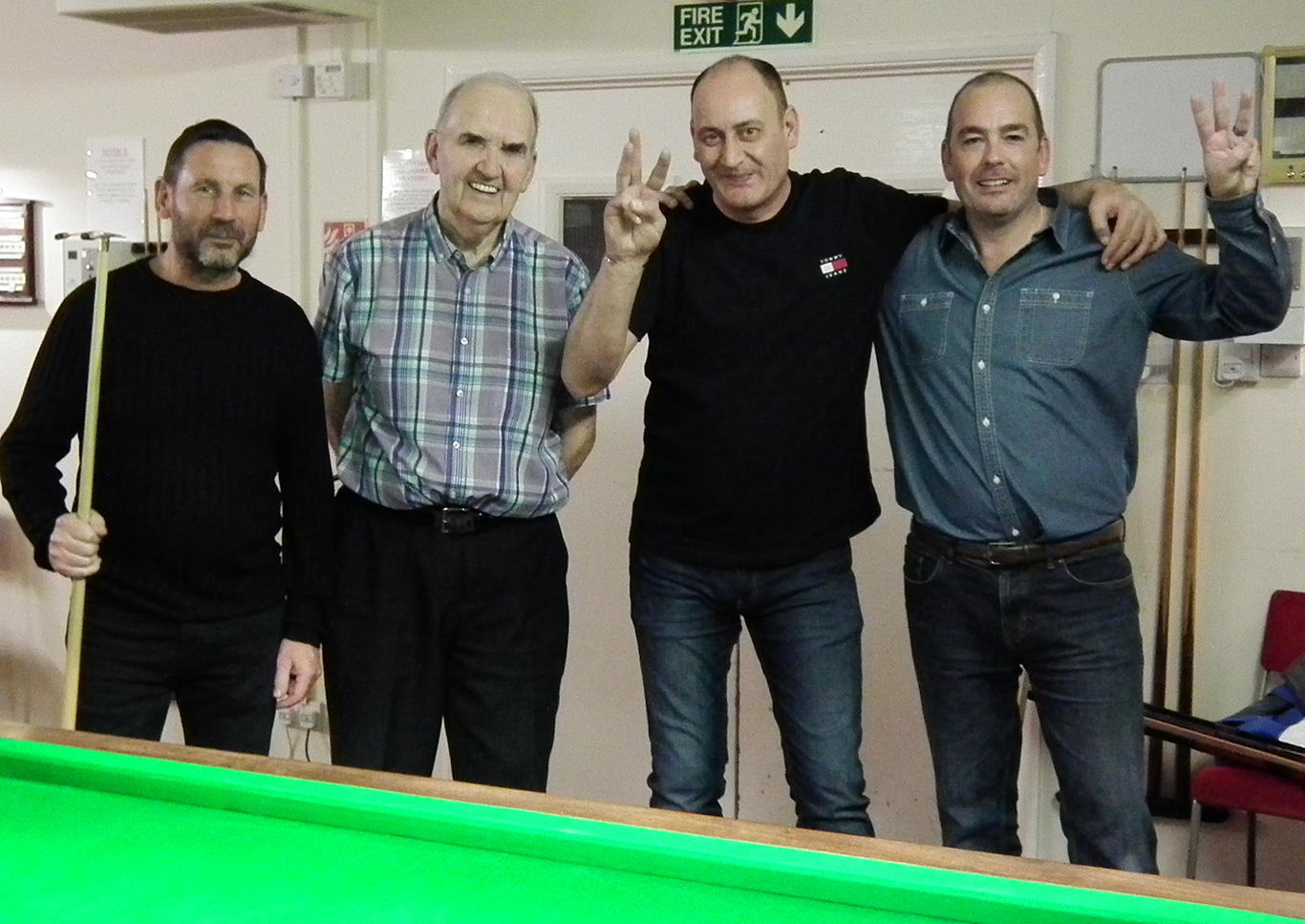 The defending champions never really looked in trouble as they sauntered home against the Totton pair. Neither pairing hit the heights and all seemed to be struggling with the pace of the table, which was lightning fast. With little margin for error, given the handicap deficit, Allen & Aldridge were desperate for a break to get things going in their direction, but neither of them were able to capitalise when openings presented themselves. It wasn't a classic by any means, and the hat-trick by the Park Gaters means they have now made this competition their own. Where are the pairing who can give these two a serious game? Are you out there? Anyone?