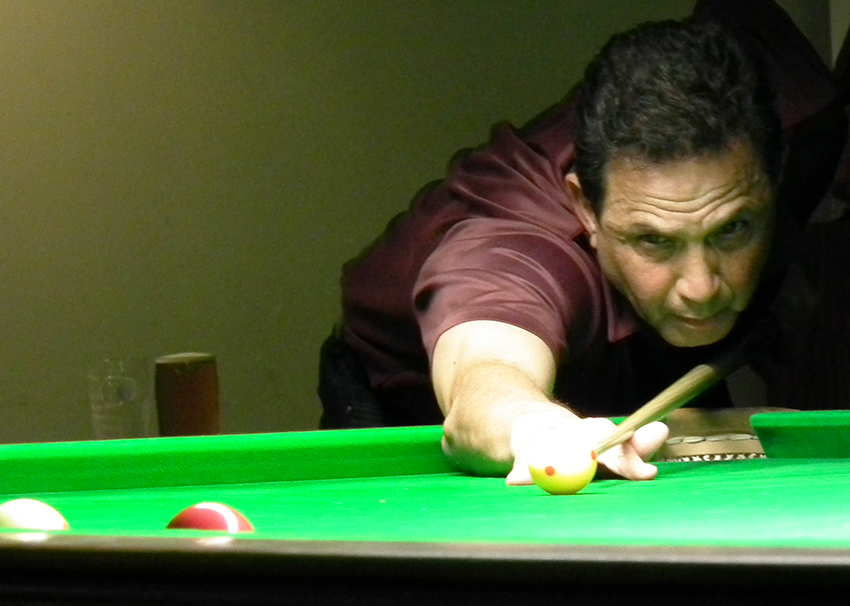 Both players started well, an early 33 from Danny followed by a 54 in response by Terry. He then followed-up with a 41 before Danny knocked in a 46. With Terry just ahead he put in a 35 and led 238-154 at the interval.

In the second half an eleven hazard 33 from Terry was followed with a 31 before Danny responded with a 45 to keep himself in touch. But Terry was by now forging ahead as he missed hardly anything that was 50-50, and another 37 put some distance between him and his team-mate. A fine 85 by Terry ended it as a contest before Danny's whirlwind twelve hazard 36.

Congratulations to Terry on his first ever Gordon Lewis title to end what has been an incredible season for him. Commiserations to Danny who will no doubt go very close to winning this title next season.

A solid performance from the Chandlers Ford skipper, leading in the first forty-five minutes by a strong 196 - 33. Mullane rallied during the second half of the match with breaks of 54, 30 and 49, but a determined Azor put in a late 59 to ensure a 104 point win. Matches Played to 300up OR 80 minutes timed*

*The match is played to 300up but with an 80min timer running, the match ends when the buzzer sounds or 300 points is achieved (whatever happens soonest). However if the buzzer sounds when a player is 90% complete (270 points) then please continue to 300 up.