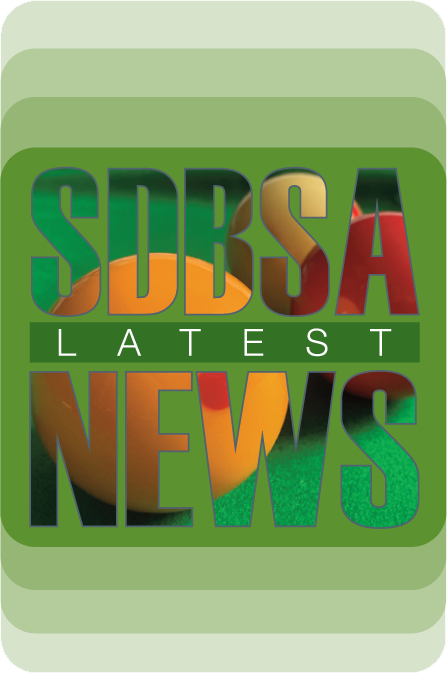 This years AGM is pencilled in for Wednesday 20th July at Chandlers Ford Central, Please could all the captains or a representative of each team be present at what looks to be a busy one. Please enter any proposals on the link below.

We are now on Facebook!
Please come and join us...

The SDBSA pilot snooker event will start Wednesday 25th May, its a short format but hopefully we can grow year on year. The competition entries will close on Thursday June 2nd for all competitions and you can enter here. 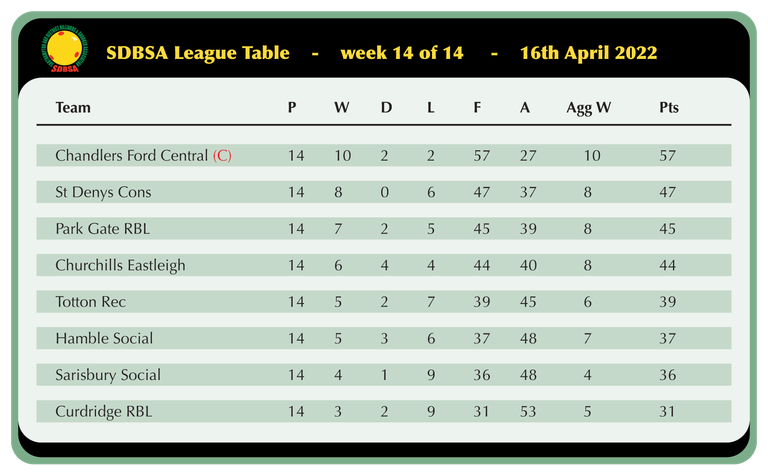 Mick Kunzi and Paul Lawrence grabbed season's league best breaks in their final games; Kunzi hit his last ball of the season to conclude his 81 unfinished break as Totton ended their season with a 5-1 win, meaning they finish 6th. Steve Allen aided with a 44.

Paul Lawrence carried on from where he left off after last week's excellent 90 break to knock in a 75 against world no. 6 Ryan Mears (42 & 35) to help inflict Chandlers second defeat of the season. Korbin Lowe replied for Chandlers with his second-highest league break of 56, followed by a 31, and Danny Zagaroli also won for the away side knocking in breaks of 98, 47 & 42.

St Denys secured 2nd place against Sarisbury, though it could have been a 4-2 reverse with the final game going to the wire. It stood at 2-2 when Adie Bridger held his nerve against Chris Collinson (34) to get St Denys over the line and win the aggregate too with 10 points to spare. Chris Bishop also won for the home side with breaks of 36 and 61

Danny Zagaroli shoots up the  SDBSA Player Rankings to take 2nd spot with Chris Bishop now 3rd. Second is still all to play for as the competition finals approach.

Local boys enjoyed a good run at the Cue T's Centre in Matchwood over the weekend. Ryan Mears won the main event (4 century breaks over the weekend), beating Terry Azor in the Final and Tony Aldridge won the "plate". Players from the local Counties and the Channel Islands were placed in groups of four, with the top 16 earning a place in knockout stages.  John Mullane lost to Azor in the semi's while Steve Allen went out to the eventual winner in the quarter-final. Paul Lawrence reached the quarters,  but Korbin Lowe dipped out in the last sixteen. The plate event involved 8 players put into groups A and B. Tony beat Peter Johnson, Ray Mears and Byron Le Cornu to head group A, while Mike Thatcher, filling in for Mick Kunzi, went head to head with Chandlers Ford's Dave White, Mark Hill and H. Smith. A close affair with 3 players winning 2 and losing 1. But on aggregate Mark Hill emerged to play Tony in the final. Result Tony Aldridge 199 to Mark Hill's 101.

Steve Allen beat Tony Aldridge in the Stuart Hamper final at Park Gate, with breaks of 43 and 42 along the way 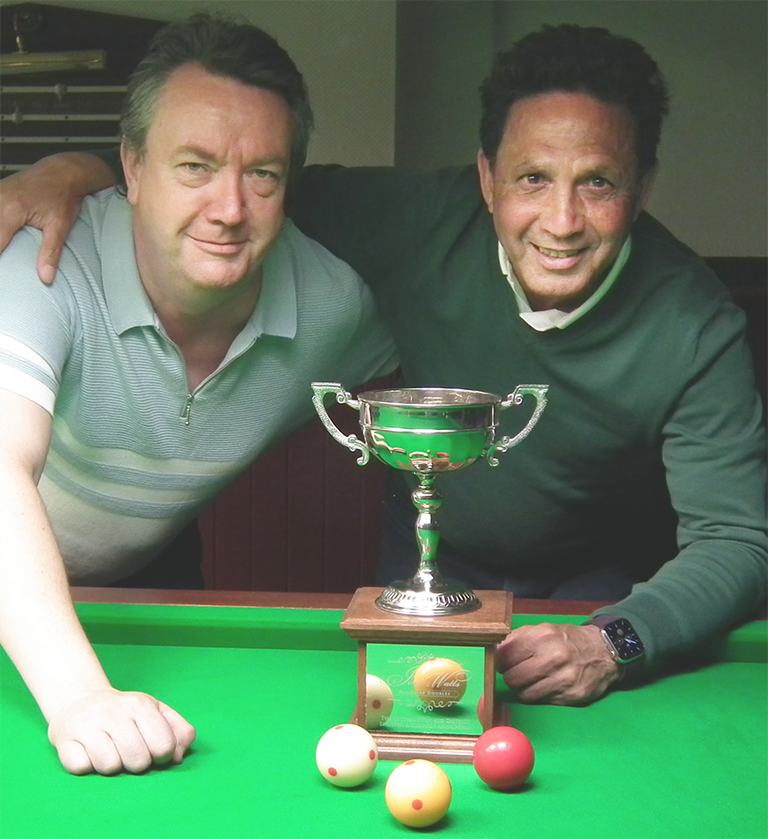 John Mullane knocks in a 139 and 86 to defeat Bishop & Carter securing the 2022 doubles title with Terry Azor. 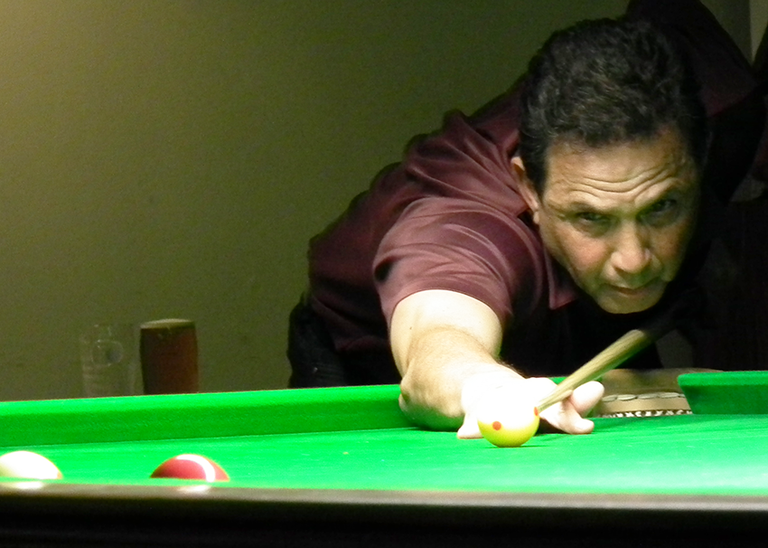 Terry Azor finally gets his hands on the Gordon Lewis Trophy!

Congratulations to Terry on his first ever Gordon Lewis title to end what has been an incredible season for him with his 3rd trophy of 2022. Commiserations to Danny who finished runner up for the second straight season. 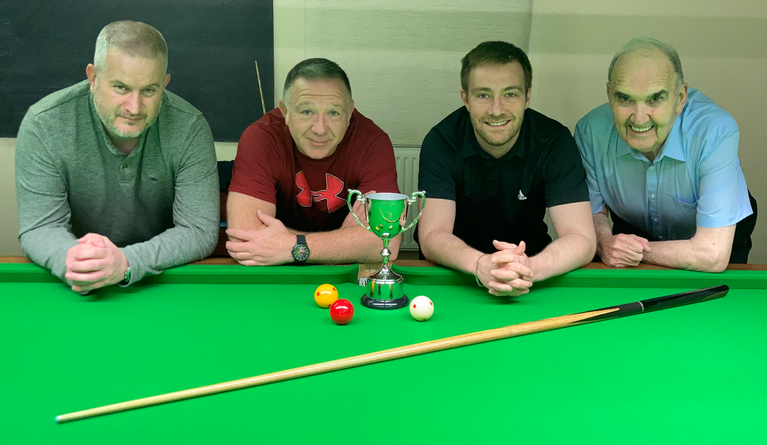 Nick Wood's impressive season comes to a close with another trophy, this time the Challenge Cup, as he beats champion Paul Lawrence in the semis and goes on to win the final against Mark McLean 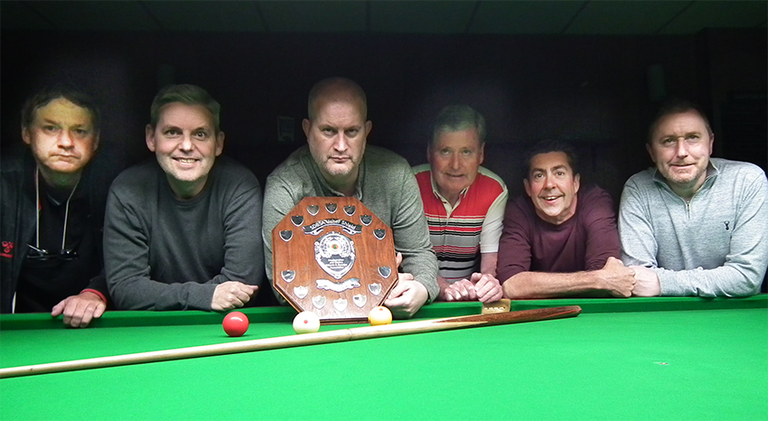 Hamble pipped holders Park Gate to this year's Usher Shield as they ground their way back from 65 points down after the first two games to win by a nail-biting 7 points. 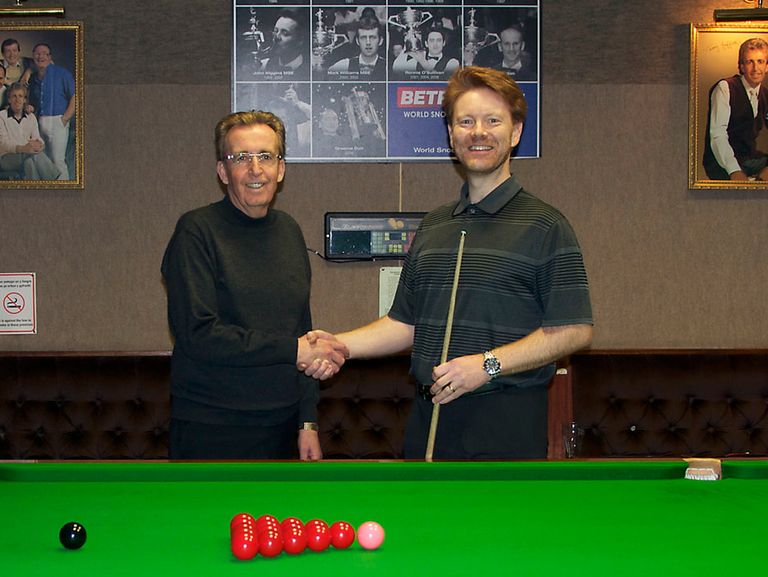 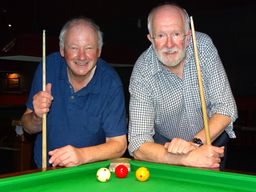 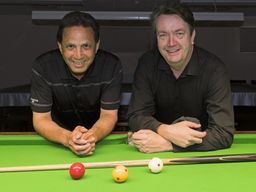 If you have any memorabilia or stories you wish to share please send them to us at short.jenny@sotonbilliards.co.uk 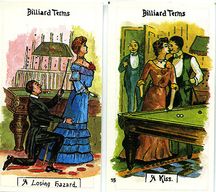 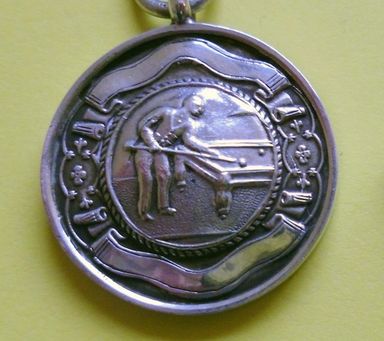